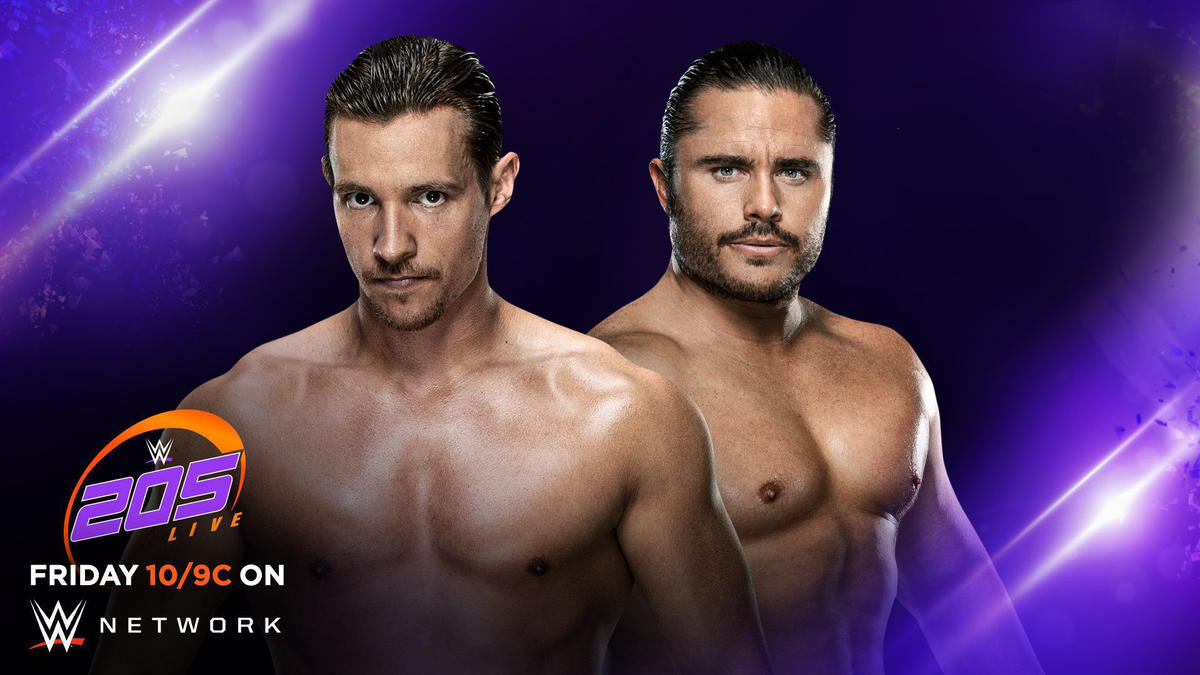 In addition to a blockbuster main event that pits Oney Lorcan & Danny Burch against Joaquin Wilde & Raul Mendoza of Legado del Fantasma, 205 Live will also feature Ever-Rise competing in a tag team match and Ashante “Thee” Adonis looking for a singles bout against another veteran.

After being savagely pummeled by Legado del Fantasma during their tag team match against The Brit-Am Brawlers last week, Chase Parker & Matt Martel missed out on the opportunity to gain retribution when they lost a fan vote to determine who would battle Wilde & Mendoza tonight, a poll which was won by Lorcan & Burch.

#EverRise were on the losing end of the #205Live fan vote, and they believe the ongoing conspiracy against them had something to do with it! @ChaseParkerWWE @MattMartelWWE pic.twitter.com/NiERb9xRSU

Nevertheless, after catching a beatdown from Legado del Fantasma, Ever-Rise will certainly have a chip on their shoulders when they step between the ropes for a tag team collision tonight.

Adonis, who has been mired in a bit of a losing streak, believes he needs to alter his approach to get back in the win column. Despite recent defeats to The Brian Kendrick and Ariya Daivari, the brash young Superstar is looking for a match against another seasoned veteran that can bring the best out of him tonight.

Ashante “Thee” Adonis issues a challenge to the veterans of the #205Live locker room tonight! Who will answer the call? @tehutiwwe pic.twitter.com/Fg4NNi3kEJ

What will happen when Ever-Rise hit the squared circle for a tag bout? Will Adonis earn a victory and the fresh start that he so desperately craves? Find out on The Most Exciting Hour of Television, streaming on the award-winning WWE Network tonight at 10/9 C!