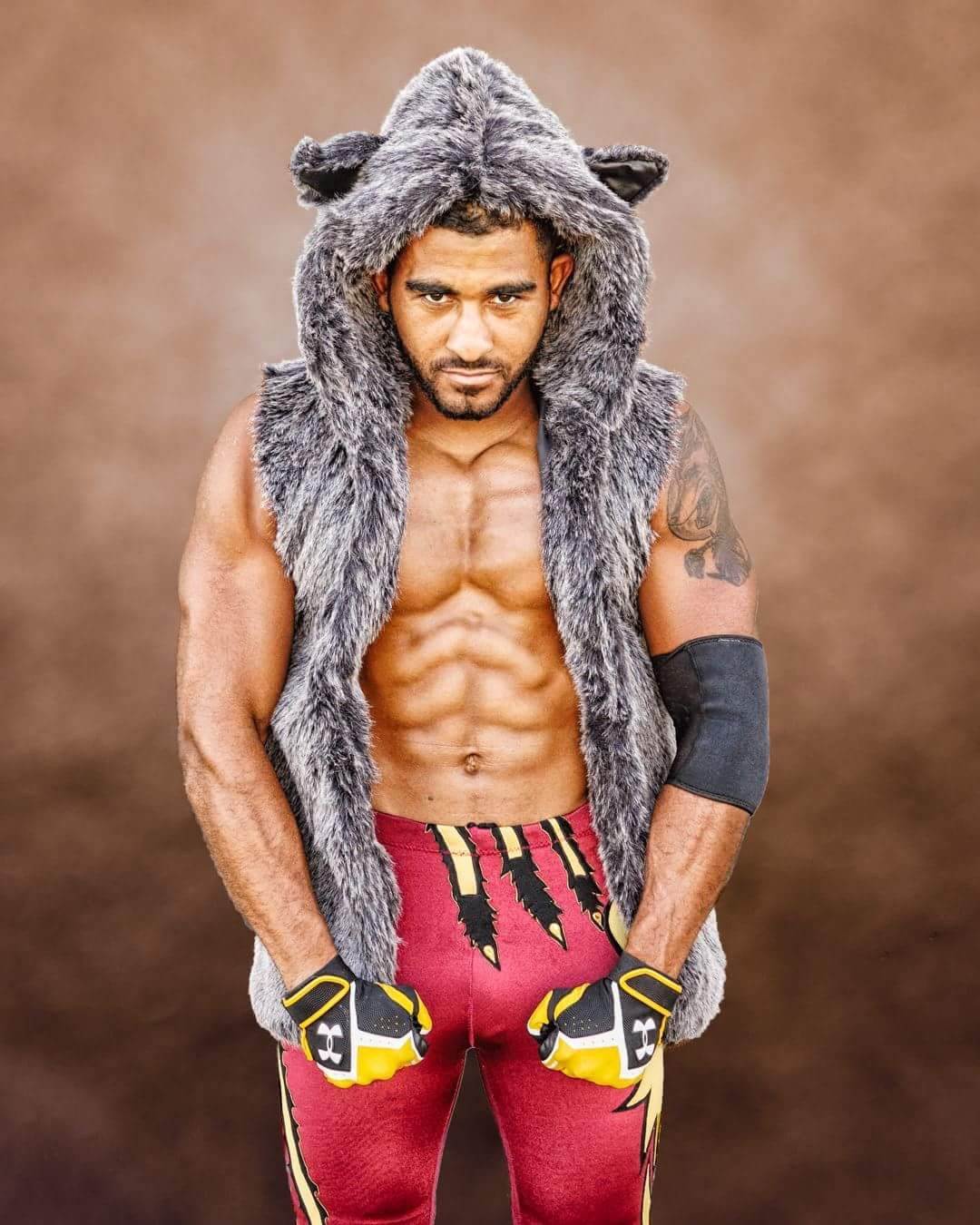 We get the sense that the “Leader of the Pack,” Stephen Wolf, not only enjoys every moment being in the ring, but loves making sure fans have a great experience as well.

Not only is Kaci Lennox a long-time wrestling fan, but she also admires and studies wrestlers both on the the independent scene and in the mainstream promotions. Given her athleticism, mic skills, look, and energy she brings to each match, it would not surprise us to see her become a household name in the near future. 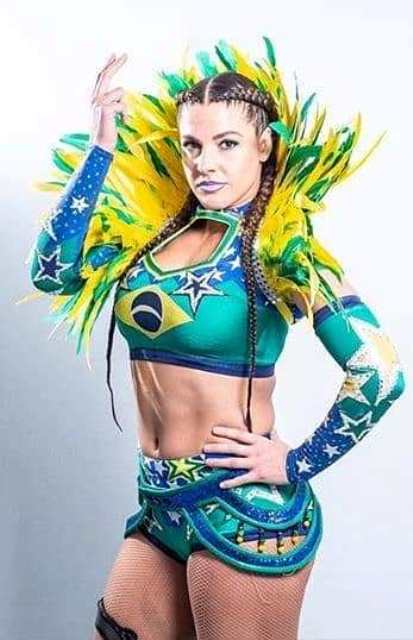 Given the confidence and ability she displays in her matches, it seems to us that there are plenty of main events in Jaynes’ future.

Jason Heat is a name that many of you may know. He is the Founder & Producing Artistic Director at Flying V Theatre, Commentator for ChikaraPro Wrestling and PrimeTime Pro Wrestling, and he is the promoter for one of the fastest growing wrestling companies, Flying V Fights: Pro Wrestling, which is the only company to mix wrestling and theatre. He is a man of many talents and is well known within the independent wrestling scene. Recently we sent Jason some questions about what hobby he has recently picked up, his commentating style and preparation, what has Flying V Theatre/Flying V Fights: Pro Wrestling been up to and plans for the future, and some of his favorite moments.

It is only a matter of time until Ice Williams becomes a household name to wider pro wrestling audiences. Recently, Williams shared with us how he’s dealing with the current pandemic, how he views his character, and more! 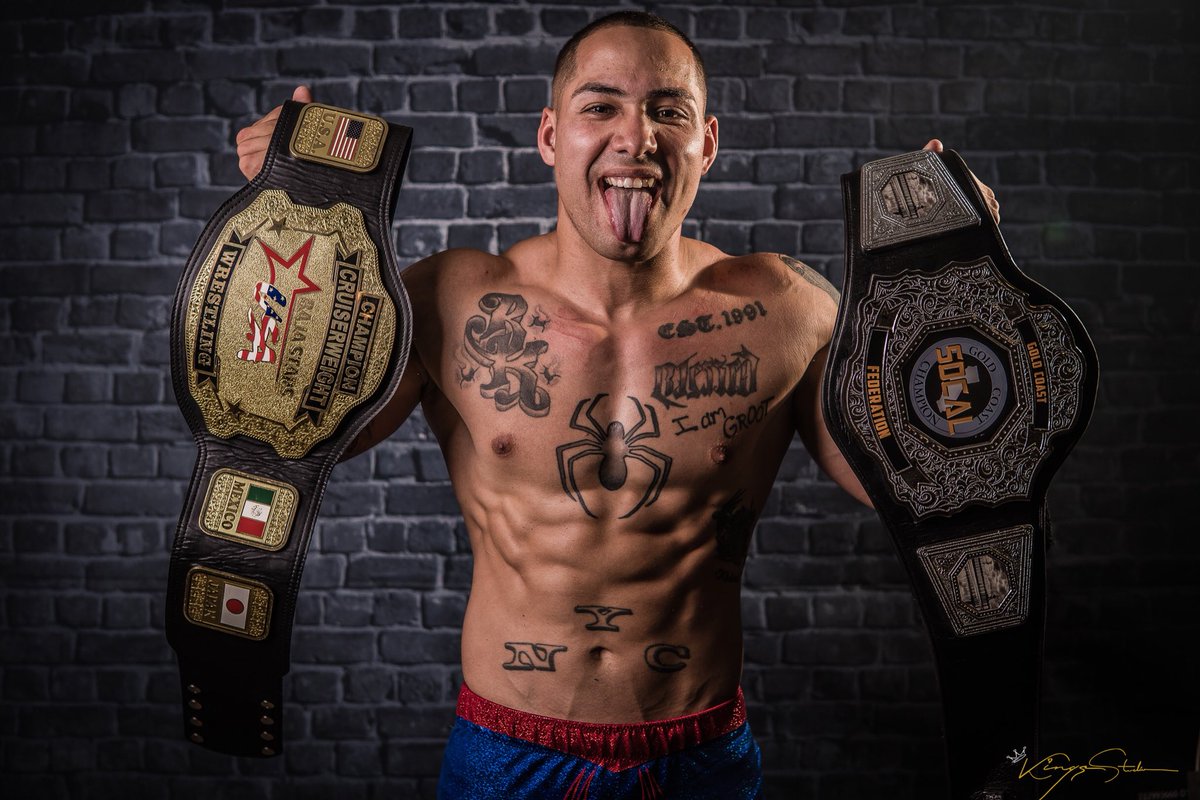 A dynamic performer born and raised in Brooklyn, NY, @DannyLimeLight’s talent is evident in his ring work, promos, stunt work, and appearances in commercials and short films.

Effy is a name that has generated throughout the independent wrestling scene, whether it be for his matches, or being an openly queer and over-the-top wrestler. Once you’ve witnessed his look, his style, his vibe, his wrestling and that wonderful sense of humor, he’s sure to become an instant favorite. (And let’s not forget about […]

WWE Goes Live Despite the Coronavirus Pandemic The COVID-19 virus, a type of coronavirus believed to have originated from Wuhan, China, has continued to spread all over the world. It has severely impacted the global economy after the closure of factories, businesses, schools, eateries, and even sports. But surprisingly, WWE has refused to go down […]

A.J. Styles devastated by Anderson and Gallows WWE release The careers of professional wrestlers A.J. Styles, Karl Anderson, and Luke “Doc” Gallows have been intertwined since 2014. The trio began their working relationship in New Japan Pro Wrestling as part of the Bullet Club, and when the WWE came calling in 2016, the trio went […]

While Cody came up short in his match against MJF last night at Revolution most of the chatter during the match and for the rest of the night on social media was the very visible American Nightmare logo tattoo on Cody’s neck. A closer look at the new ink of @CodyRhodes.Courtesy of @craigbrocktattoo @inkanddaggertattoo pic.twitter.com/XmMoe1UqgS […]

We’re back with our second installment of “This Week In Wrestling.” We’re recapping the top five news headlines & videos from this past week in pro wrestling. #1- Cody’s Homecoming Cody returned to his hometown of Atlanta, GA and delivered a moonsault from the top of the cage on Wardlow, guaranteeing a match against MJF […]

WWE has been known to come up with some of the very best stories in pro wrestling history. Some of their best ideas are organic, that tend to be the best ones and some ideas are recycled with a fresh new twist and some are just way too out of the box that they just […]

I felt the need to use a bigger platform than my twitter following to address this issue. Recently, a rag called DailyDDT reported that Brock Lesnar eliminated “53% men of color” from the royal rumble. I decided to do some research into this, and came up with, wait for it….a totally different set of numbers! […]

Fictional game wrestlers are an interesting lot. The earliest wrestling games didn’t feature licensed wrestlers, leaving game developers to come up with some bizarre characters with over-the-top wrestler tropes (although real-life wrestlers can be pretty over-the-top as well). One thing you might notice on this list is that there are several Mexican luchador inspired characters, […]

MMA is one of the most engaging sports to watch. This is a sport, where it doesn’t matter where you’re from you, get a chance to prove yourself. Being heavily based on the personalities of these fighters they often have the most loyal fans and the viewers actually, are interested in knowing the background of […]

Last time out, at UFC 241 on 17 August, Daniel Cormier lost in the fourth round of his sequel bout with Stipe Miocic. Cormier, now 40-years-old, lost his UFC heavyweight title after a getting rocked by a right straight, which was followed by his American compatriot raining down punches until the referee stepped in to […]

According to multiple reports, former ECW, New Japan Pro Wrestling, and WWE performer Rick Bognar has tragically lost his life at the young age of 49. Details of his passing have not been reveal as of the time of this writing. As per THE SUN, Rick’s brother Ken revealed the sad news on Facebook. Rick […]

On October 6th, the gates of hell will open up underneath the Golden 1 Center in Sacramento, California. So far two matches are confirmed: the WWE Universal Championship and the WWE Raw Women’s Championship. The Fiend will inflict his pain on Seth Rollins and Sasha Banks will get a chance at a little revenge against […]

Sasha Banks has returned to WWE television for the first time since Wrestlemania last week and she returned with a vengence. “The Boss” is back with a new attitude, and a new hair color and I loved it. This is the Sasha Banks that I wanted to see on the main roster ever since she […]