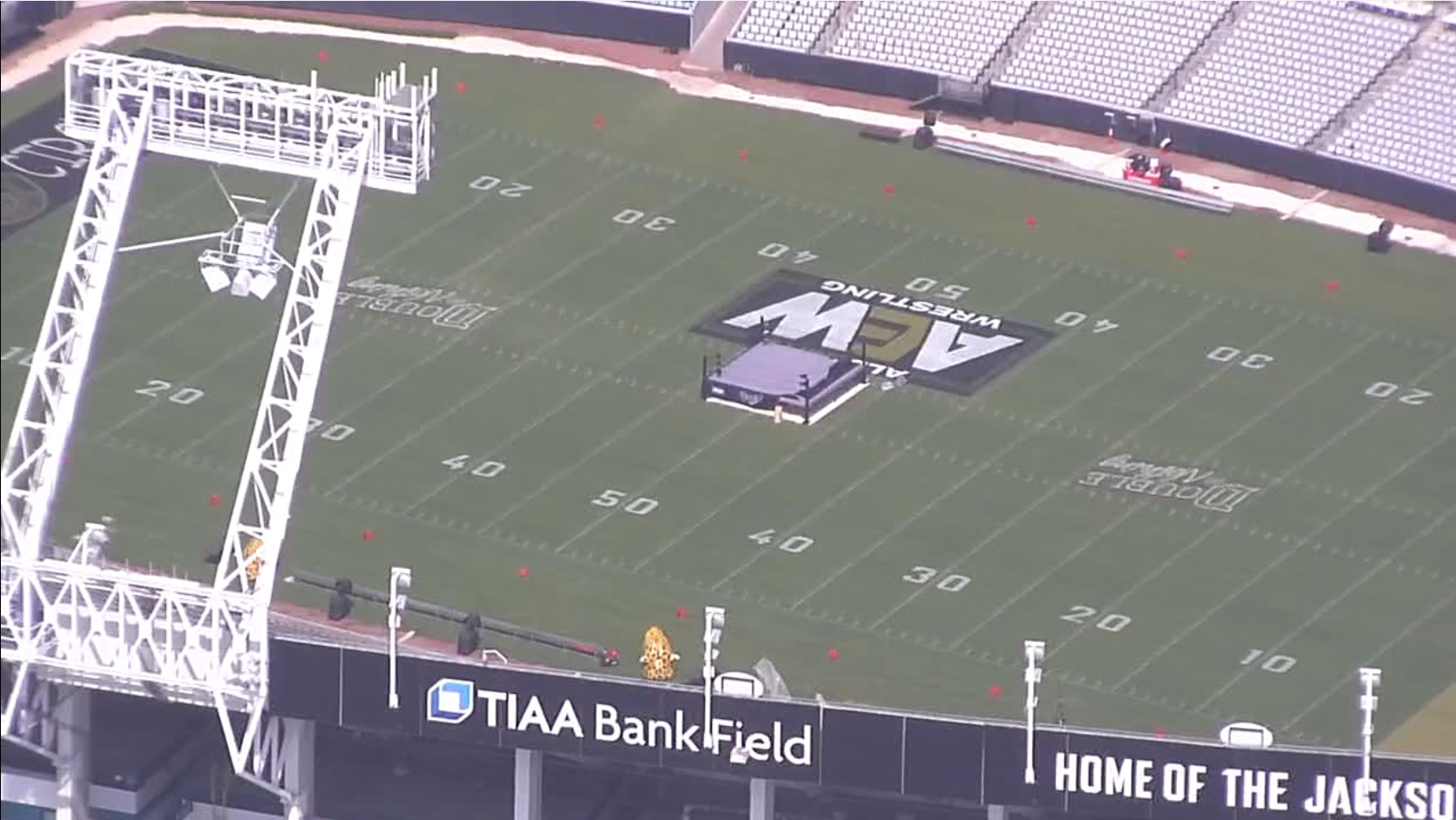 All Elite Wrestling presents Double Or Nothing live on Pay-Per-View tonight from Daily’s Place in Jacksonville, Florida.

AEW booked a huge match for tonight’s PPV, the Stadium Stampede, which will see The Elite taking on The Inner Circle in a five-on-five falls count anywhere affair inside TIAA Bank Field. AEW filmed the match last night ahead of today’s PPV.

According to a report from PWInsider, the reason AEW filmed the Stadium Stampede match yesterday was to “maximize the presentation o the bout.” In addition, AEW did not want there to be any “dead air” while competitors battled to different parts of TIAA Bank Field. Filming of the match was said to have finished around 5:00 AM this morning.

“In order to maximize the presentation of the bout and not have dead air as talents made their way to different parts of the stadium, AEW AEW taped the match overnight, finishing up around 5 AM this morning.”

AEW set up a ring in the middle of TIAA Bank Field, but it was said that The Elite and The Inner Circle battled all over the entire stadium throughout the match. Chris Jericho commented on the match stating that it was the best thing he has done in 30 years of wrestling.

The Stadium Stampede match still needed to be edited and finalized before the show even after filming wrapped up. It was a lot of work, but Chris Jericho stated it was the best thing he’s done in 30 years of wrestling.

“The #StadiumStampede is one of the best things I’ve ever been a part of in my 30 years in the wrestling business. No joke…don’t miss it LIVE on PPV TONIGHT! @AEWrestling”

The #StadiumStampede is one of the best things I’ve ever been a part of in my 30 years in the wrestling business. No joke…don’t miss it LIVE on PPV TONIGHT! @AEWrestling pic.twitter.com/3rDXrgVqmU