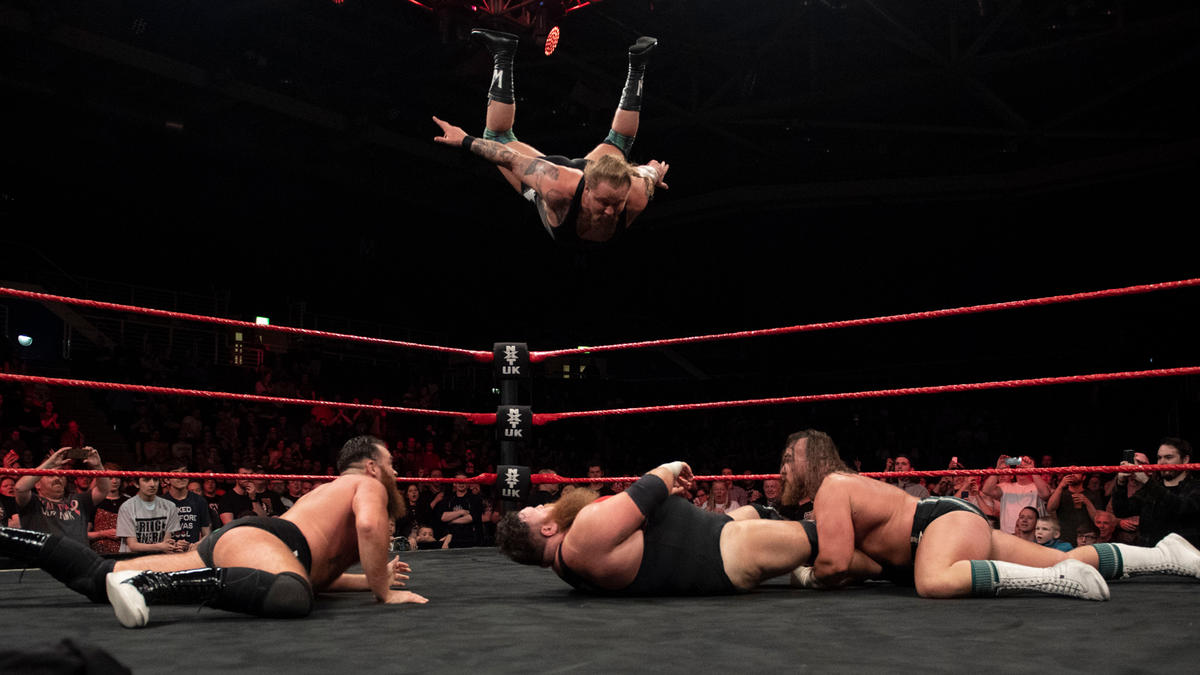 Gallus’ Wolfgang brought the full force of his game against Dave Mastiff, hoisting his massive adversary onto his shoulders and slamming him down like a sack of potatoes. When Wolfgang missed the Howling Senton off the top rope, however, the “Bomber” roared back and finished him off with the earth-shattering Cannonball to capture the third slot in the Fatal 4-Way to crown the No. 1 contender to the WWE United Kingdom Title.

The action was far from over, though, as The Coffey Brothers quickly stormed the ring and joined together with a rejuvenated Wolfgang to unleash a devastating post-match assault on Mastiff.
Article source: WWE.com