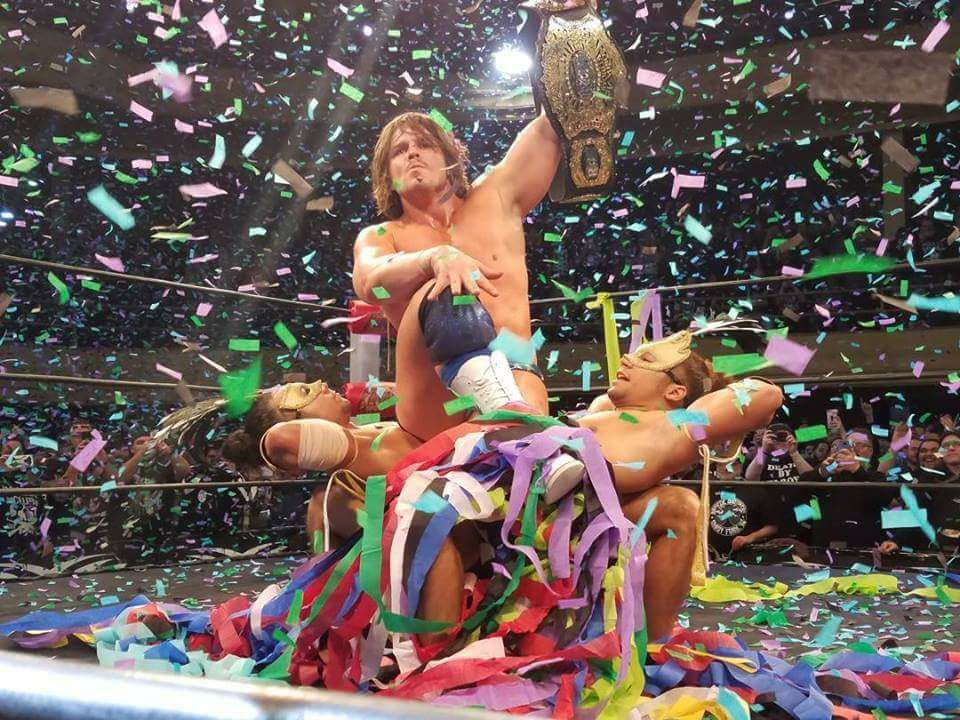 Dalton Castle recently spoke to Wrestling Inc and talked about his time in Ring of Honor along with several other topics.

Castle said the following as to why ROH was a good fit for him:

“They let me grow on my own. There’s a good group of men and women in the locker room. I seem to get along with just about every one of them. I feel comfortable there. And it’s the size of the promotion that allows me to connect really one-on-one with every individual fan. If they choose to come to the meet-and-greets before the show, there’s a moment for me to touch base with them there. I’m attainable. All the wrestlers in Ring of Honor are attainable and are just as big of fans of this as anybody sitting in the seats.”

Dalton Castle also gave an update as to how he is doing physically:

“It’s going great. I’ve taken an extreme 180 from this time last year. I am much better than I was then. I think the biggest mistake I made was being honest with the public about my injury. I think a lot of people formed an opinion and assumed that I’ve taken a step back because of it, but that’s not the case at all. I broke my back, and I ignored it because I love to wrestle. And I ignored it for so long and fought through it so much that I went and won the Ring of Honor world championship and defended it for six months. Now that I’ve taken time to rehab and fix the issues, I’m still moving forward. I’m great at this. I love it. And the fact that I can wrestle with a broken back says that nothing’s gonna stop me from doing it.”

Castle lastly gave his thoughts on how ROH continues to succeed from the point they are at now:

“I think we stay the course. We have been in existence for over 16 years. We continue to produce the best wrestling in the world. We never lose track of what Ring of Honor is, and that is being the best wrestling in the world and connecting with the fans that stick with us. I guess I don’t see this as a big issue. I was sad to lose a lot of people. A Lot of friends of mine moved on. But we’ve been through this before. I’ve lost really talented friends in the Ring of Honor locker room, then we’ve built it back up. We’ve done it again and again. It’s just a cycle. But the one thing that remains constant is that Ring of Honor continues to succeed.”

H/T to Wrestling Inc for the transcription of the interview.