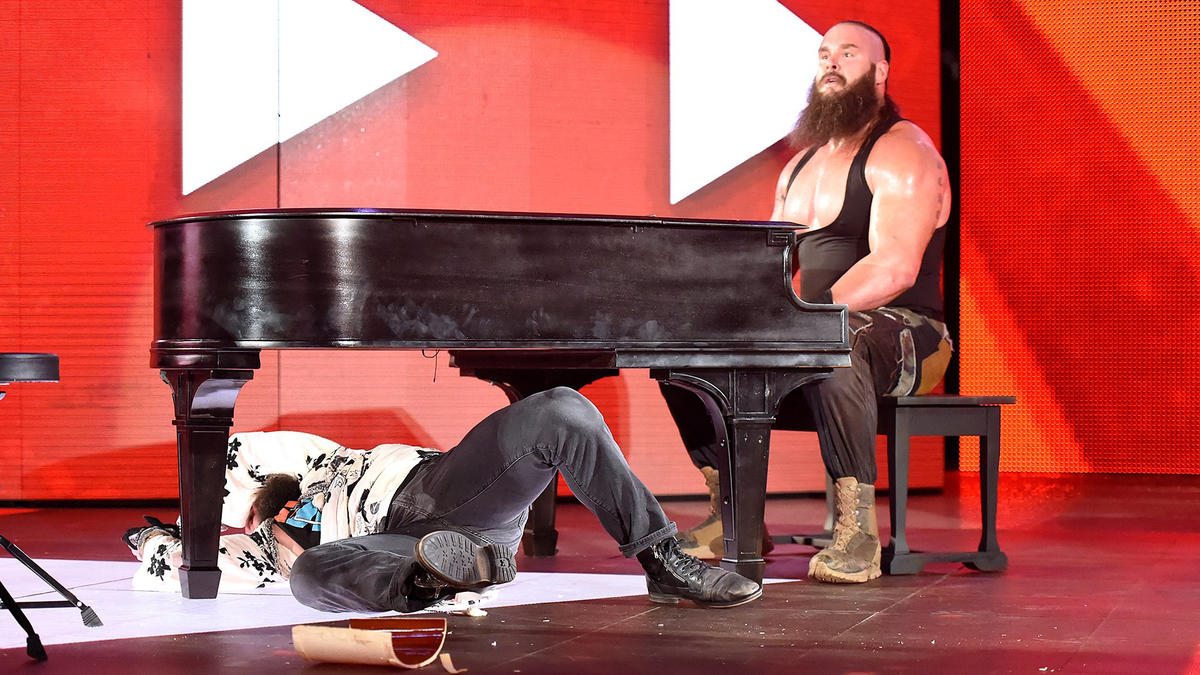 Corey Graves, you sly dog, you.

In addition to featuring the show-stopping moment of Braun Strowman dropping a piano on Elias, Raw’s “Symphony of Destruction” and its corresponding buildup featured a bevvy of Megadeth puns from The Savior of Misbehavior — a feat that did not go unnoticed by the metal community. Throughout Strowman’s musical mangling of Elias, Graves dropped the following gems:

And, of course, the one he didn’t even try to hide: “Peace sells, but who’s buying?”

Seminal metal publication Loudwire quickly smelled what the Graves was cooking and honored The Savior of Misbehavior in a shout-out on its website, while also pointing out that Strowman made three Megadeth shout-outs of his own during a selfie testimonial before the match. (“I know you’re sweating bullets,” to name one.) That brings the total punnage of the Symphony of Destruction (that’s another reference, by the way) to eight.

And, lest you think any of this was by accident, Graves ended the match with a pointed call: “If I don’t at least get free Megadeth tickets after that, I never will.” Your move, Mustaine.