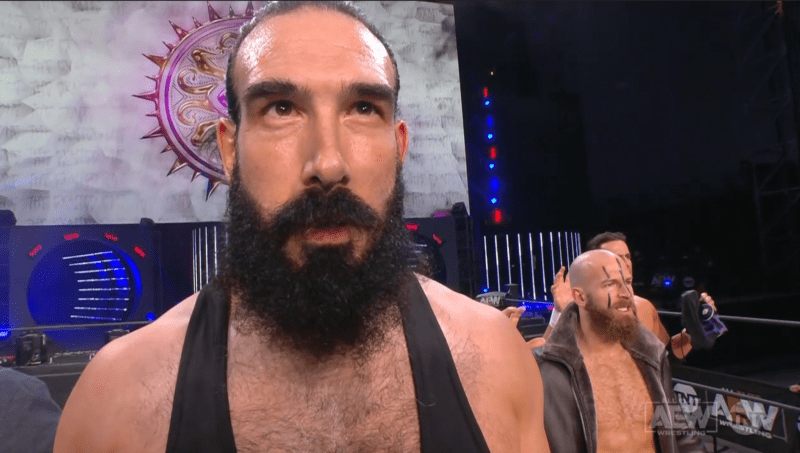 Brodie Lee made his debut as the Exalted One in AEW Dynamite a few weeks ago. In his recent promos, fans have noticed how Lee displayed mannerisms similar to Vince McMahon. Reports have suggested that WWE officials were upset over these segments.

Cody Rhodes spoke on Busted Open Radio, where he talked about Brodie Lee’s promos. He revealed that he did not know what the original plans for his promos were, but Vince McMahon will not be mentioned on AEW Dynamite.

According to Rhodes, the promos are not a parody of McMahon whatsoever. Here is what he said:

“So I can never tell you the original plan and I don’t even know if there was an original plan and I will say, very unlikely on AEW, you’ll ever hear the name of Vince McMahon said and if you do hear me say it in interviews and in general, I always speak very highly of Vince, because, well A, he’s Vince McMahon and B, I was a WWE guy to start. I didn’t come from anywhere else. I came through their feeder system and they were the house that built me so, when it comes to some of the parallels, I don’t wanna be vague or coy with your question.”

“When it comes to some of the parallels between Brodie’s style of leadership, there are unique parallels but I don’t think it’s particularly a spoof on Vince McMahon and maybe it’s because we’ll see how it develops in the next few weeks.”

“I think Brodie just has a very power boss, very animal kingdom, kind of social Darwinism-type approach to the Dark Order, and I think that’s all in line with perhaps some of Vince’s quirks but, it’s not an outright spoof on the legendary Mr. McMahon. Not outright.”

McMahon certainly has some peculiar tendencies about himself which are known to wrestlers. Lee’s latest promo might have mentioned McMahon’s take on WWE’s dress code.

The post Cody Rhodes Talks Brodie Lee Segments Not Being A Parody Of Vince McMahon appeared first on BodySlam.net.