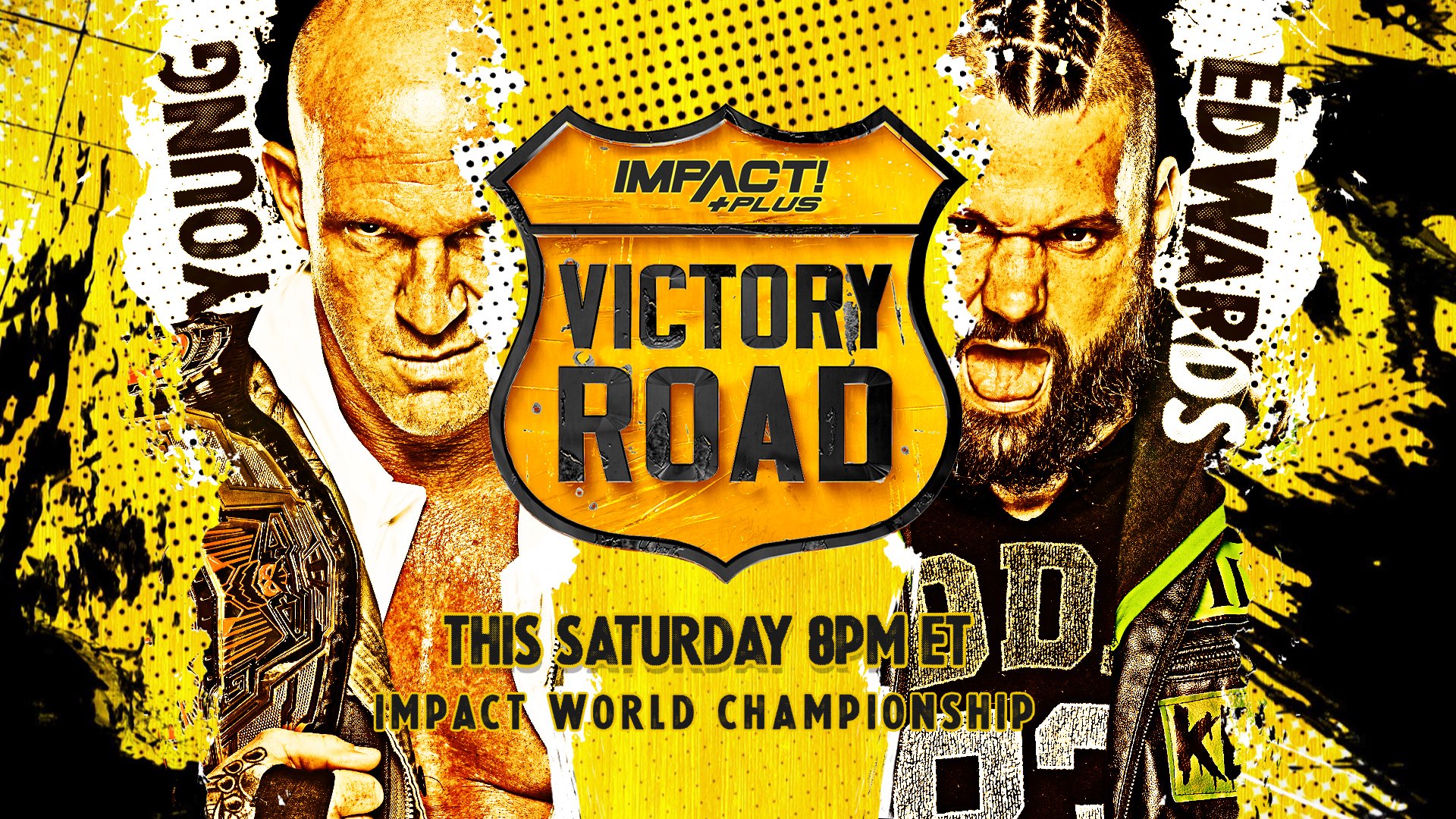 Howdy ho Impact Wrestling fanboys and girls! Tomorrow night, Satuday the 3rd of October, Impact Wrestling presents a three hour Victory Road special live on the Impact Plus App. Today I’m going to look over the card and give you all my rundown of the matches and my predictions as to what’s going to go down throughout the show itself. Read on to see my thoughts on who will be continuing down the road to Bound For Glory 2020 with momentum on their side and make sure to hit me up on Twitter, @ChatChatterson, to give me your thoughts and to let me know how I’ve done.

#Heath4IMPACT? Yes, #Heath4IMPACT. With that being the case the scrappy and hungry father of…124…needs to get the win with his partner Rhino here and finally get his job with Impact Wrestling. Heath and Rhino unleash all heck on Reno Scum and get revenge for all the BS of recent weeks causing Heath to be offered a contract. That or Rhino eats the pin and Heath goes crazy and beats down his friend but because I’m picking so many heels on this card already I’m going to pretend that isn’t an option I’d like to see. Feel good moment…maybe.

So Tommy recently put up a fight against current Impact World Champion Eric Young, now granted that was an Old School Rules match which plays to Tommy’s favour but still, it was a thing that happened. On the other hand Brian Myers doesn’t need to be eating a loss to Tommy Dreamer here. I’m going to say that Myers cheats a lot and tries to go too far in his beatdown of Dreamer causing Willie Mack to come and whup some ass. Mack kicks Myers’ ass and sends him packing allowing him to pick up the DQ victory even though the babyfaces stand tall.

Well well, this is a tough choice. Tenille is just back and really could do with picking up this feud but on the other hand coming off of her losses to Deonna and dropping the Knockouts Championship, Grace could do with picking up the win too. I’d like to see this develop into an intergender tag feud because I so want to see Kaleb with a K get into the ring and mix it up. With that being the case I’m going to plump for a Tenille Dashwood win so that the feud can continue and Jordynne can bring in some man backup to help her in the war against the diabolical duo. Maybe even her husband-folk Jonathan Gresham. Wouldn’t that be something?

Firstly, this is going to be a complete farce. I have no doubt that Rohit is going to pick a complete goober for this spot. I wish Peter Avalon wasn’t with AEW because I’d pop huge for the return of Norv Fernum to take the loss to Raju here but sadly that cannot happen. With that being the case, give me some old school TNA lowecarder to eat the pin. I’m talking Mikey Batts or Cassidy Riley, heck you know what? Just anyone who was easily pounced out of their boots by Monty Brown at some point. Either way Rohit Raju is retaining here even if he’s surprisingly challenged by his handpicked job guy.

I’m calling this as the match of the night contender. Look at all that talent right there. It’s a huge testament to the tag team division in Impact that all of these guys are phenomenal wrestlers on their own and I’m so stoked to see them all mix it up. I think with The Good Brothers and The North both picking up the win this past week on Impact that I am going to factor them out as potential winners and focus in on Ace Austin and Alex Shelley. I have a very strong feeling that come Bound For Glory that the Good Brothers will be picking up the Tag Championships and so MCMG need to continue to look strong, with that being said? I’m giving this one to Shelley, bringing home the victory in a hard fought battle for the Guns.

This is a strange one because feasibly either woman could win and the story going into Bound For Glory would be great. Deonna’s run doesn’t need cut this quickly and she’s been killing it as the dominant classier-than-thou heel head of the division. Though a big part of me thinks it would be REALLY cool to have Susie pick up the title in a surprise victory and then go full Su Yung on her unsuspecting best friend Kylie Rae at Bound For Glory. I’m going to go with my head over my heart, even though I hate doing it, and say Deonna picks up the heely win thanks to Kimber Lee. Susie could unleash the demon, scaring them both off, post match.

This past week Eddie took a beating at the hands of EVIL KEN SHAMROCK and got his ankle goofed too. On top of that the story of Rich Swann vs. Eric Young at BFG is not being interfered with by an Eddie Edwards win. I’m sure this match will be a great underdog story with Edwards putting in a valiant effort but in the end he’s getting put down once again by the World Class Maniac. There may be some shenanigans with Callihan and Shamrock but superbaby Rich Swann will make the save.

Make sure you check out Impact Wrestling’s Victory Road tomorrow night at 8pm EST on the Impact Plus App and this coming Tuesday at 9pm GMT on Impact’s new home in the United Kingdom, Premier Sports. This is an event you don’t want to miss, be there.