Bodyslam Exclusive – Bob Cook, the social media coordinator for the Cauliflower Alley Club has been found posting controversial facebook statuses, tweets and replies in regards to the recent Black Lives Matter and Speaking Out movements. Cook’s responses to MSNBC and Robert Maguire can be seen below – please be advised they are extremely disrespectful and are in no way condoned by anybody here at Bodyslam. 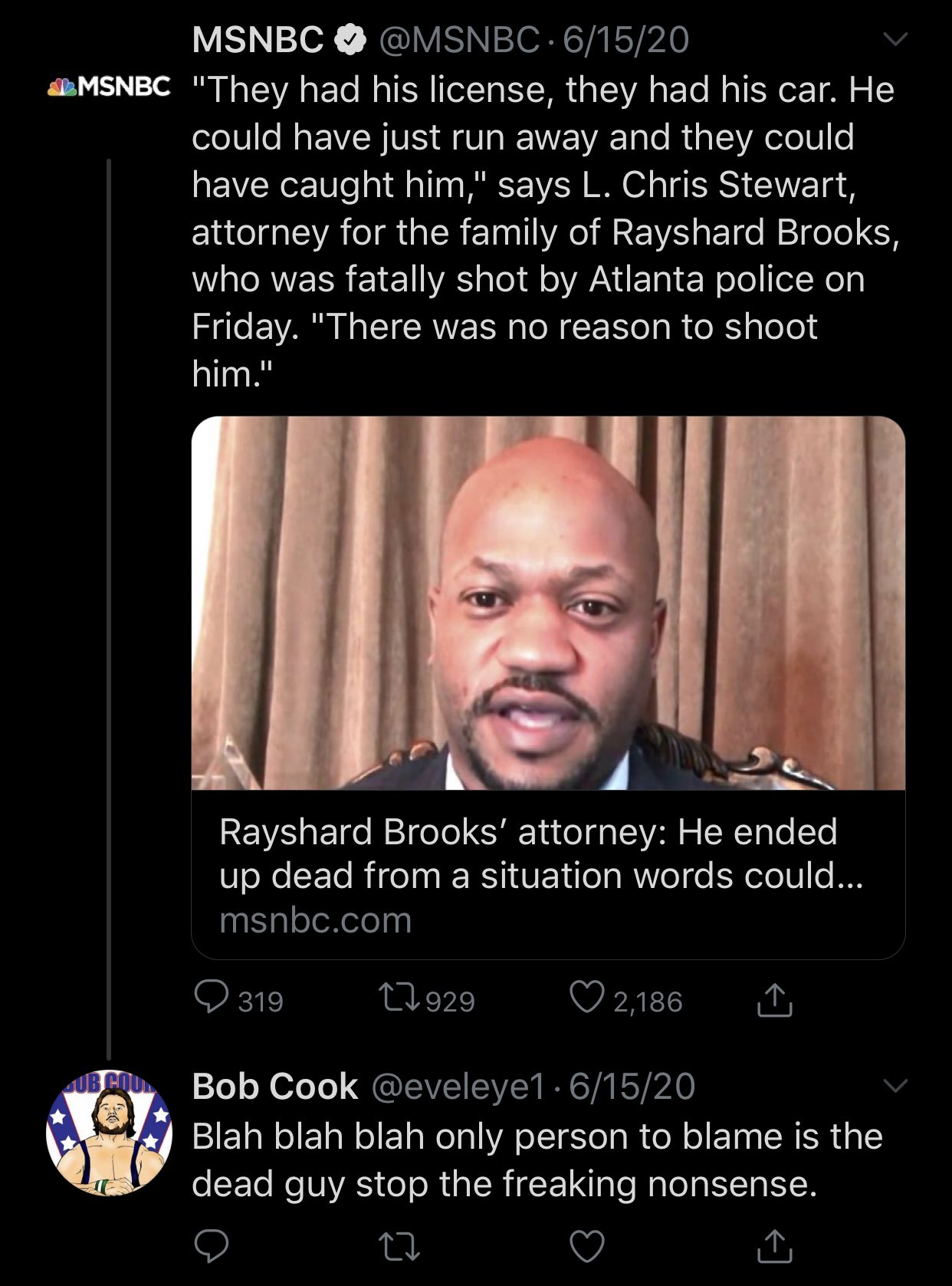 These comments could not have come at worse time, with cancel culture being at an all time high after recent revelations concerning Sammy Guevara and a considerable amount of UK wrestlers. The Black Lives Matters and Speaking Out movements have given people a voice who previously felt as though they didn’t, bringing to light the seedier side of professional wrestling, and Cooks comments to the contrary of those movements will surely not go down well.

The Cauliflower Alley Club is pro wrestling’s only 501 non-profit corporation, assisting many people from the wrestling industry who have helped entertain the masses for so many years. The comments made by Cook will he disappointing to the majority of wrestling fans, with the CAC known for being a respectable organisation.