Bray Wyatt has begun a character resurgence that is being considered the only reason to tune into Raw every week.

Bray Wyatt has gone through a lot of characters since signing to WWE. He was a variation of himself with monikers like “Duke Rotundo and Husky Harris”, he tried something spooky with Axel Mulligan.

Continuing on that path Bray became the character we most associate him with. The Swamp Cult Leader that envisions himself as a god and truth teller, that is guided by the omnipresent Sister Abigail. At one time Sister Abigail was going to be Bray. 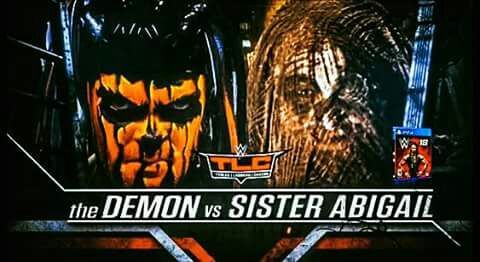 Then Bray feuded with Matt Hardy, eventually becoming a tag team champion with Hardy. After that Bray vanished, only to reappear as a children’s show host for the Firefly Fun House.

Each week there have been new additions to the Firefly Fun House. Characters that resemble his past, Abby the Witch (presumably Sister Abigail), Mercy the Buzzard (after former superstar Waylon Mercy, who had the Bayou Cult type gimmick) and Ramblin’ Rabbit (whose origins aren’t presently known).

Bray has seemed to turn a new leaf, explaining to us that he is still a bit evil, but that he can control it. In the latest installment of Fire Fly Funhouse, Bray debuted a new mask and twist on the character that we’ve watched evolve week to week.

The new mask was created by a special effects team most notable for horror movies.

Bray has also begun tweeting at certain superstars, creating the foundation for what will be his first feud in this new iteration. First apologizing to Randy Orton last week, now offering his services as a new shield member.

I just wanted to let you know that I’m SUPER SORRY for all the atrocities I have committed against you guys over the years.

If you ever need a 3rd for a Shield reunion, we are totally down!

Which is telling because he is acting friendly towards the good guys on the roster and a bit more antagonistic to the bad guys.

Perhaps it’s time to teach someone how to keep a secret?

It seems like we don’t have to wait much longer to see this New Bray Wyatt in the ring soon. Either way this new character is a breath of fresh air for Bray and the fans watching WWE.

We here at Bodyslam will keep you posted on the furthering developments.