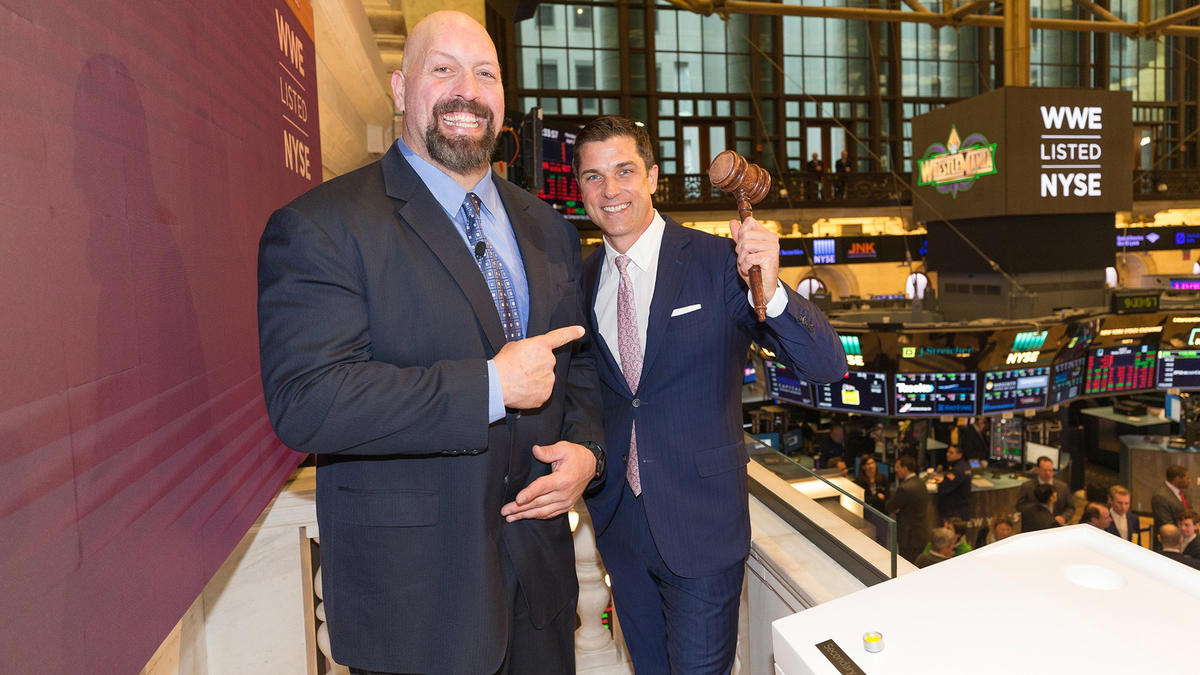 NEW YORK CITY – Officially kicking off WrestleMania Week, Big Show had the honor of ringing the opening bell at the New York Stock Exchange to begin the day’s trading. Taking to the trading room floor in the heart of Wall Street, The World’s Largest Athlete shared his excitement for the impending Show of Shows – streaming live Sunday, April 8, on the award-winning WWE Network – including the highly-anticipated bout pitting WWE Hall of Famer Kurt Angle and Ronda Rousey against Triple H and Stephanie McMahon inside New Orleans’ Mercedes-Benz Superdome.

NYSE President @ThomasFarley and @WWETheBigShow having a little fun on The Bell Podium pic.twitter.com/pXy38CCeyA

This is how you start @WrestleMania week in a big way … ringing the opening bell at the @NYSE! pic.twitter.com/CQCt9MX4yt

Join us and @WWE as we get hyped for WrestleMania 34 which will stream live on 4.8 on WWE Network https://t.co/QHMvqEgpA5