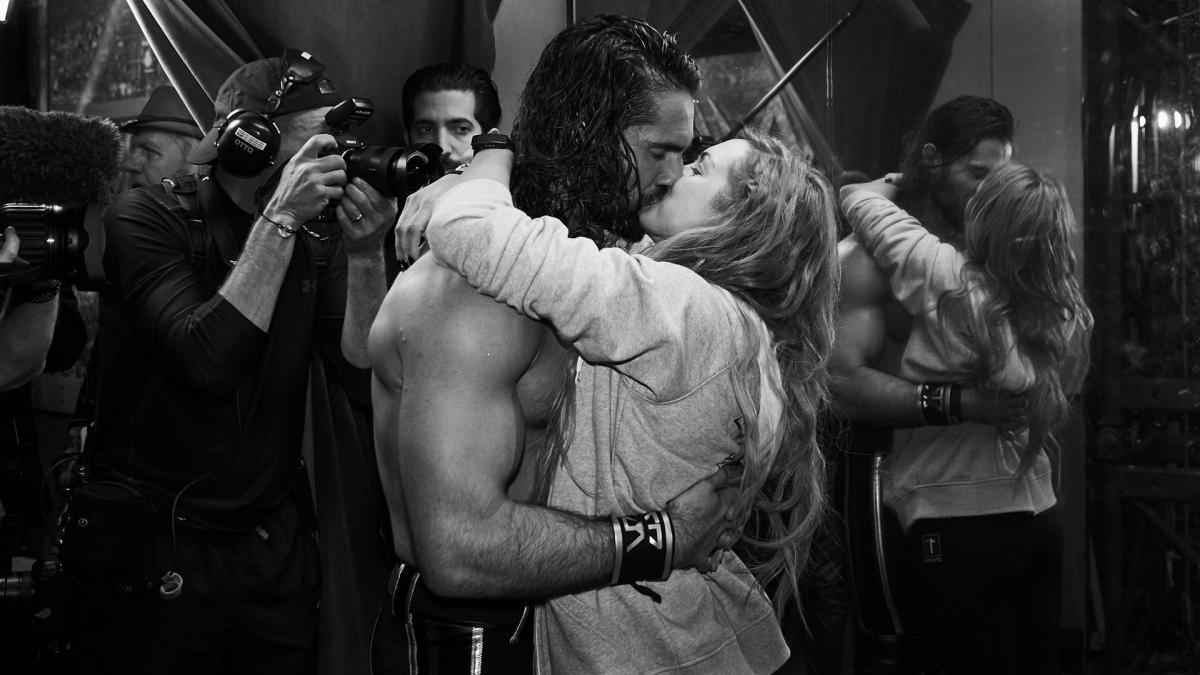 This past week has been a busy one for Becky Lynch, she has been making headlines all week. First it was about her Mom and Big E, now it has become about her own personal life. This past weekend on Twitter, Becky Lynch posted a photo of her and Beth Phoenix where under the picture Lynch wrote, don’t get to close to that title. This then led to Phoenix responding by Tweeting,

“No worries @BeckyLynchWWE …I’m just glad that we are friends and not steaming over a silly little detail like being tied for number of title reigns. Cheers!”

Lynch fired back at Phoenix saying that they were neck and neck, putting a picture of herself and Phoenix’s husband under the Tweet. This is playing on the fact that herself and Phoenix are tied for title reigns but also playing on Edge’s neck injury. It should come as no surprise that Edge had something to say regarding Lynch’s Tweet. Edge responded to this exchange by saying,

“Listen The Man, you’re doing good for yourself now kid. But we can all find the footage of your steampunk phase, with a familiar entrance where you attempt Edge lite. And fail. Sooooo begone with you.”

“Yeah, no, you’re right, Edgester. They want me to be nicer on social and I forgot. On this day, I see clearly. Everything has come to life. Pals?”

At this point, Beth Phoenix responded back to Lynch saying,

This was the start of the confirmation that Becky Lynch and fellow WWE Superstar Seth Rolling have been, in fact, dating. A lot of fans probably thought that this would be where the conversation ended, having no further confirmation that the two were in a relationship and currently dating. However, it was Seth Rollins this time who took to social media this morning, posting a picture of the two of them kissing at WrestleMania this year after his win over Brock Lesnar on Instagram. He captioned the picture with the statement,

“I guess I’m allowed to post this now…. @beckylynchwwe ?”

She followed this up with her own comment saying,

Yeah, no, you’re right, Edgester. They want me to be nicer on social and I forgot. On this day, I see clearly.
Everything has come to life. Pals?
— The Man (@BeckyLynchWWE) May 12, 2019

While personally, I am someone who believes that wrestlers private lives should stay private, I am happy for both Seth Rollins and Becky Lynch. I wish them nothing but the best in their careers and their personal lives in the future!

Please follow us on Twitter @Bodyslamnet and myself @fearlessxo1323 for more opinions, news, and rumors.
Article source: http://www.bodyslam.net