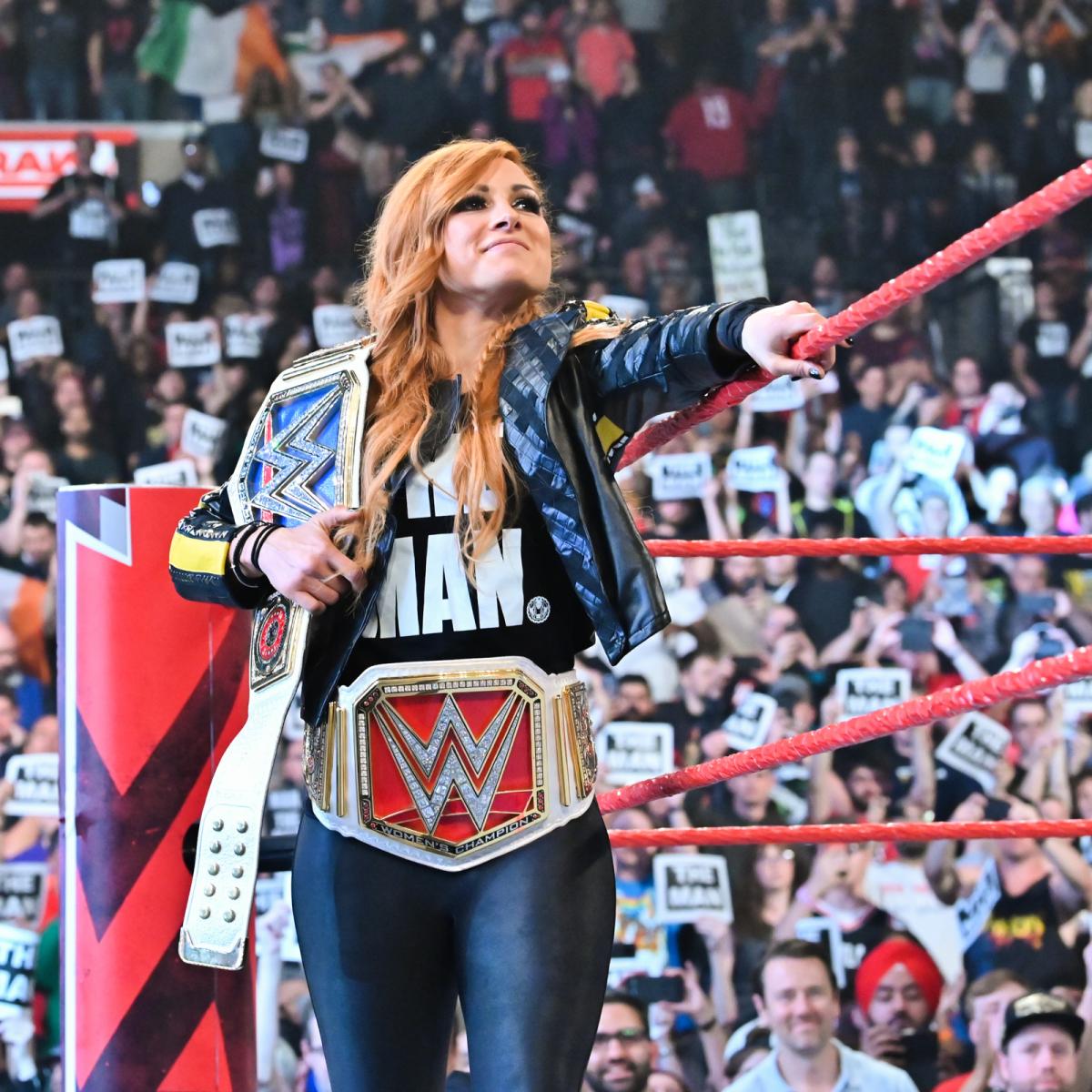 Becky Lynch is appearing on both RAW and SmackDown Live to defend her titles. How long that will last is the question.

Lacey Evans is the #1 contender for the RAW Women’s Title and will challenge Lynch at Money In The Bank. While Lynch has no official title defence for the Smackdown Women’s Title, that might change very soon.

Dave Meltzer mentioned on Wrestling Observer Radio how Becky Lynch might have to wrestle twice at Money In The Bank on May 19th.

“As of right now she’s got two matches on the pay-per-view. One for the RAW Title and one for the SmackDown Title.”

Meltzer said he was not sure why Lacey Evans said she would walk out of Money In The Bank with both titles since Becky will be wrestling in two separate matches at the pay-per-view.

It is to be noted that Becky Lynch will belong exclusively to RAW when she loses her titles, so it is possible that she will be dropping the Smackdown Women’s Title at Money In The Bank.