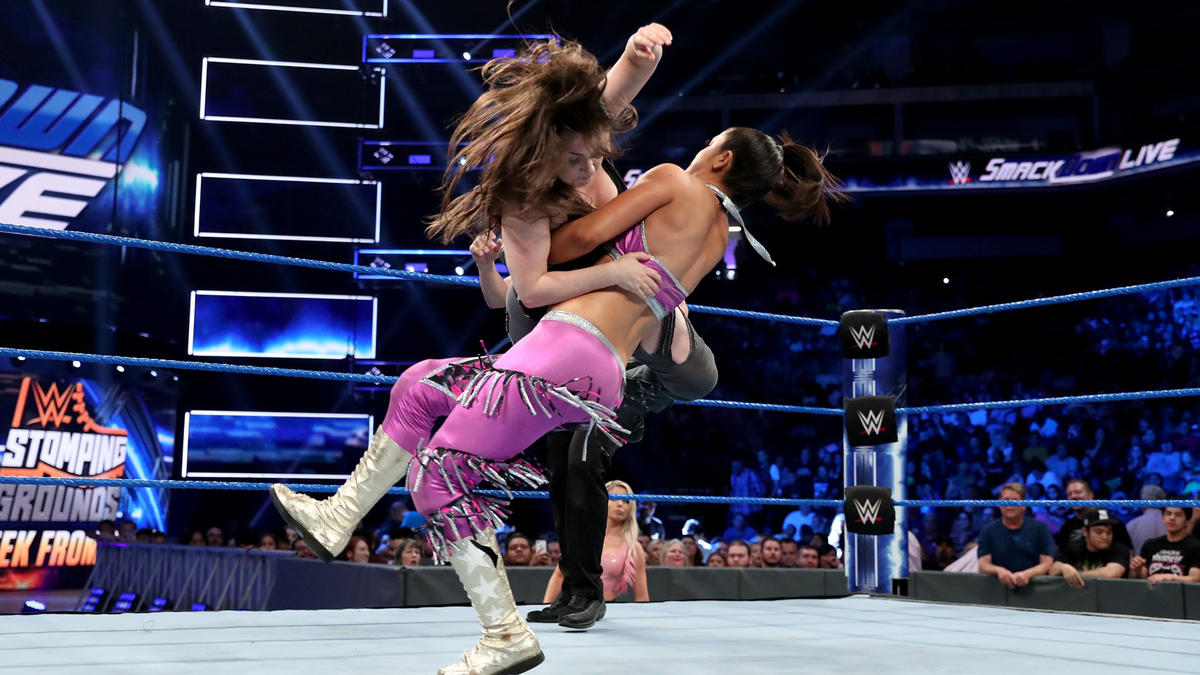 With her newfound friend of Alexa Bliss in her corner, Nikki Cross looked to tear through SmackDown Women’s Champion Bayley in one-on-one competition.

The Goddess has been filling Nikki’s head with allegations that The Hugger isn’t as sweet as she seems, telling Nikki that Bayley liked several disparaging tweets about her last night. With Cross seeking payback for the supposed tweets against Alexa’s WWE Stomping Grounds opponent, WWE’s Twisted Sister was clearly fired up as she stepped to the champ. Her eagerness paid dividends at times, with Bayley not always having an answer for her aggressive attack, but The Hugger persevered and put Cross down with a massive elbow drop for the win, making a major statement to Bliss.
Article source: WWE.com