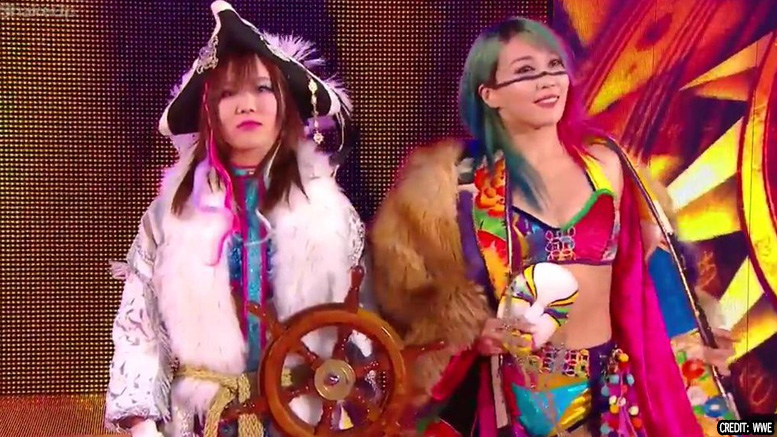 During the  Superstar Shake-Up, WWE revealed that the team Paige was going to bring in from NXT was going to be none other than Kairi Sane and Asuka. This meant Io Shirai was left in NXT, even though many fans wished she would be called to the main roster as well so that she and Kairi could team up as the Sky Pirates.

However, Asuka and Sane did not have a name until Paige gave them one during this week’s SmackDown Live in London. It was officially announced that the team would go by the name the “Kabuki Warriors.” The crowd reaction for this announcement was abysmal.

Fans might still be looking forward to seeing the two in action, even though they aren’t fans of the name. It will be interesting to see what WWE does with them.