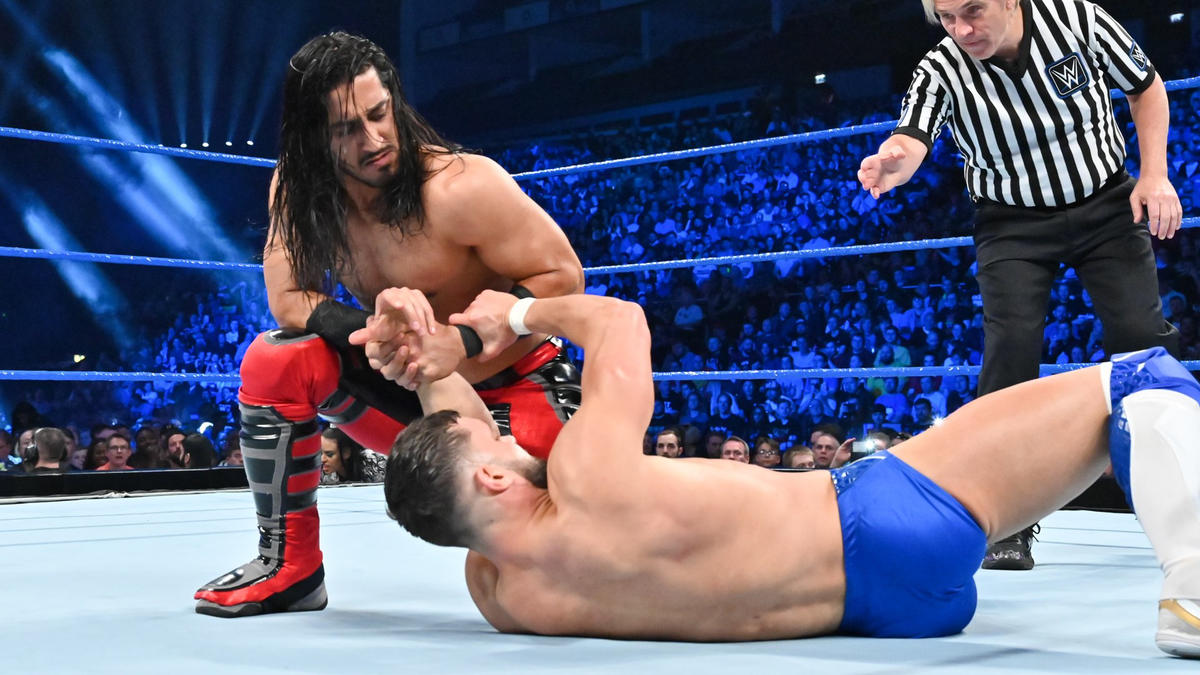 With all four Superstars wanting to make a major statement ahead of the Men’s Money in the Bank Ladder Match this Sunday, Intercontinental Champion Finn Bálor, Ali, Andrade and Randy Orton collided in a chaotic Fatal 4-Way Match.

The no disqualification nature of Fatal 4-Way Match came into play when a ladder was (fittingly) introduced into the melee. All four attempted to use it as a weapon, and Orton leveled Ali with an RKO after the surging Superstar was unable to connect with his signature 054.

In the clutch, Finn connected with an awe-inspiring dive onto The Viper and Ali, but Andrade capitalized by sneaking up on the Intercontinental Champion, ramming him into the steel steps and hitting his Hammerlock DDT to pick up a major victory.

Andrade began to ascend the ladder to symbolically grab the briefcase hanging above the ring, but his climb was interrupted by Raw’s Ricochet (thanks Wild Card Rule!), who dropped Andrade from the top of the ladder and grabbed the Money in the Bank briefcase before exiting.

Was this a sign of things to come for Ricochet come Sunday night at WWE Money in the Bank?
Article source: WWE.com