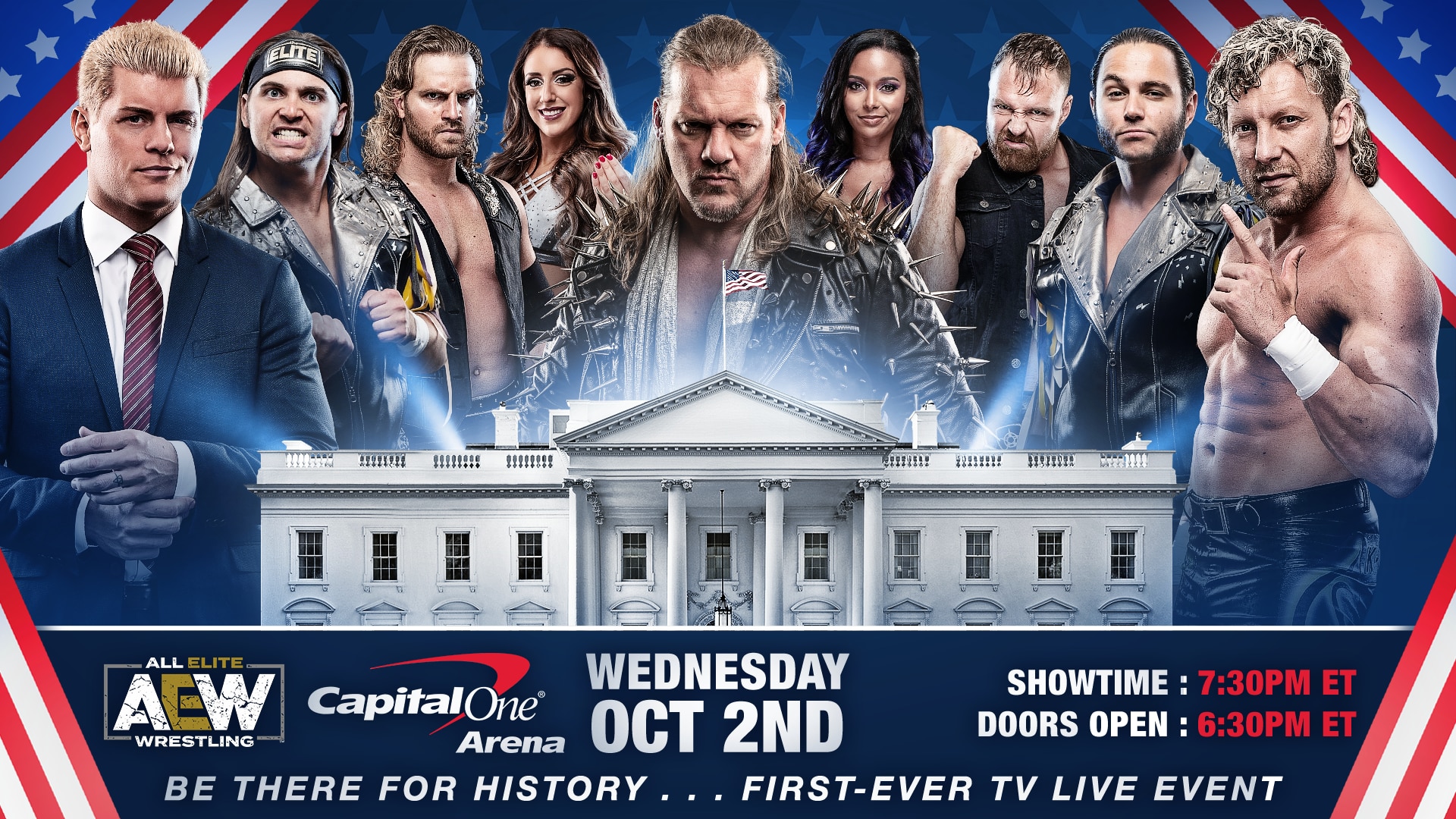 All Elite Wrestling (AEW) will begin airing its two-hour weekly matches on TNT on Wednesday, Oct. 2, from 8 p.m. ET to 10 p.m. ET.  The highly-anticipated, action-packed matches will take place in different cities across the nation each week, starting in Washington, D.C., at the famed Capital One Arena.  Ticket pricing and on-sale date for the televised live event will be announced on Monday, July 29, at Noon EST via AEW’s social media platforms.

Focused on fast-paced, high-impact competitions, AEW offers fans more athleticism along with real sports analytics. Wrestlers are also given freedom to explore their characters and highlight their athletic abilities. Introducing statistics to wrestling for the first time ever, AEW will raise the stakes for its matches and deepen fan engagement by tracking each competitor’s wins and losses as wrestlers pursue championships. Their moves and damage to their opponents will also be analyzed on-air to provide insights into their winning streaks.